Christie Pandoras Box hardware and software are delivering perfect technical implementation of the video sequences in the presentation of VIVID Grand Show. The production tells the story of a girl who becomes separated from her father and transformed into an android​​. Although her life is now subject to external control, her yearning for freedom is stronger and she breaks out and beholds the world with new eyes.​​​ 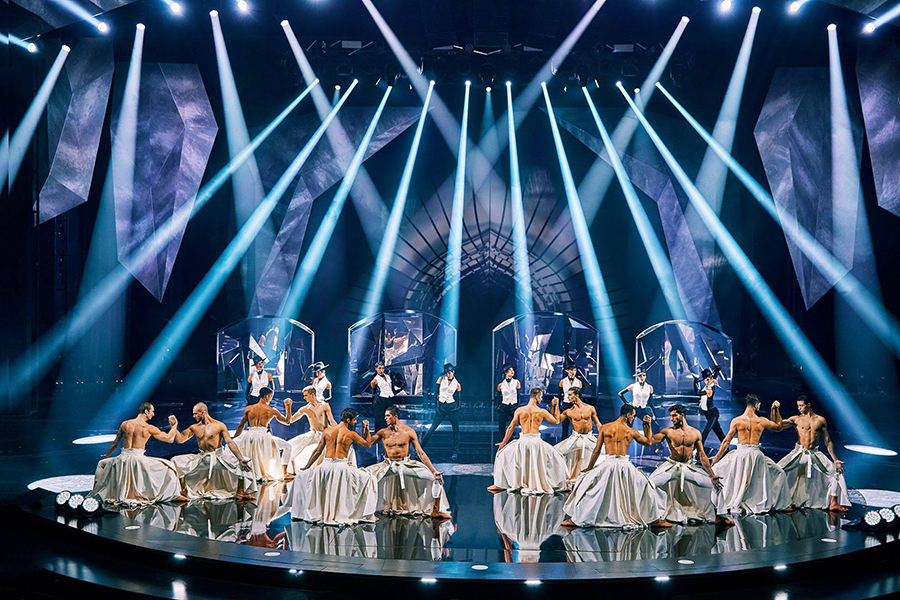 Unlike musicals, revue shows use only visual storytelling to portray their content to the audience. The content designed by Maxin10sity therefore builds on strong, high-contrast imagery: The different sets show the various locations discovered by R'eye, the main protagonist, on her journey. To achieve this, the creative team worked with immersive projections and mappings. For programming of the video show, media control, and playback of the video content, Christie partner loop light used five Christie Pandoras Box Quad Servers, two Pandoras Box Quad Players, two Pandoras Box Managers and a Pandoras Box Widget Designer​ for switching of back-ups and crossbars, in an entirely redundant system design. 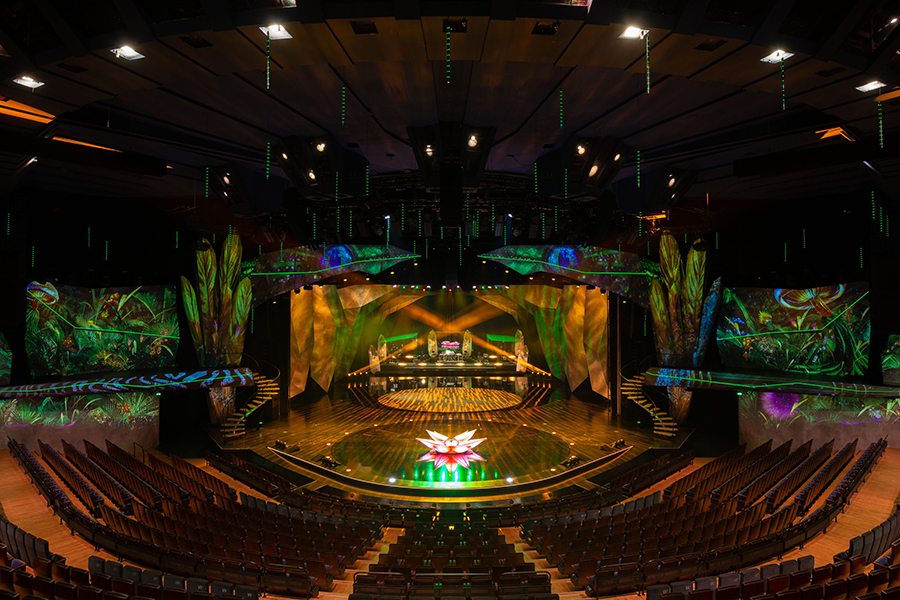 "VIVID Grand Show is one of the most technically challenging shows ever to have been staged at the Friedrichstadt-Palast," said Franz-Josef Münzenbrock, Technical Director of the famous Friedrichstadt-Palast show theater in Berlin, home to the world's biggest theater stage. ​

The perfect illusion in the 3D space with Christie Pandoras Box

Christie Pandoras Box, the high-performance complete solution and interface between projection, image compositing and media control, impressed once again; in particular, Pandoras Box played to its full strength when it came to warping images. Initially, the plan was to use a different media server for warping faces. However, unlike Pandoras Box, the original choice couldn't play the object back artifact-free so the Pandoras Box Quad Server is now in use for this element of the show. 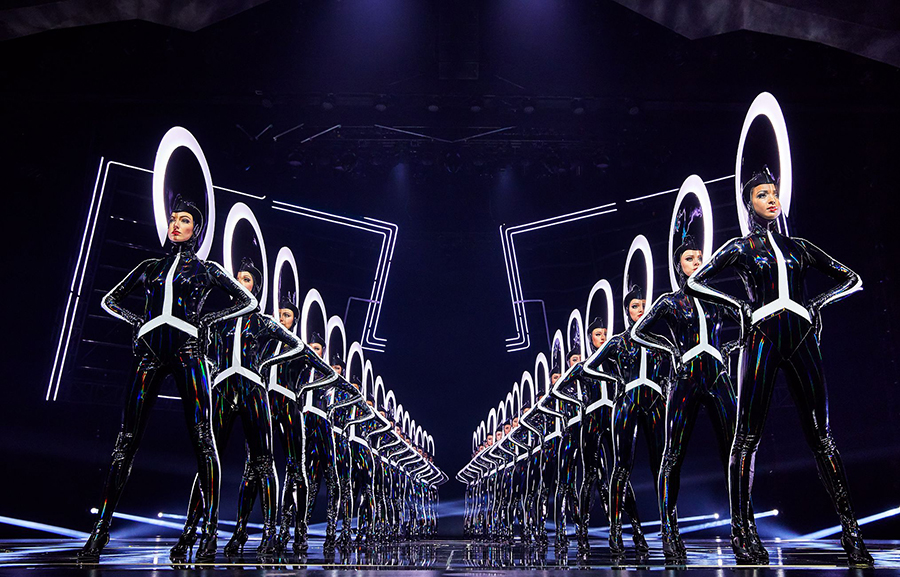 The technology rooms, including the lighting control and, next to it, the projection room with the servers, are located above the spectator seating, and Christopher "Fletch" Flügel, responsible for the project at loop light, said, "We trained colleagues on-site and helped them to set up the system." They also created the high-resolution 3D mapping​ onto the various structures of the stage and outside areas, which is projected by 24 projectors." 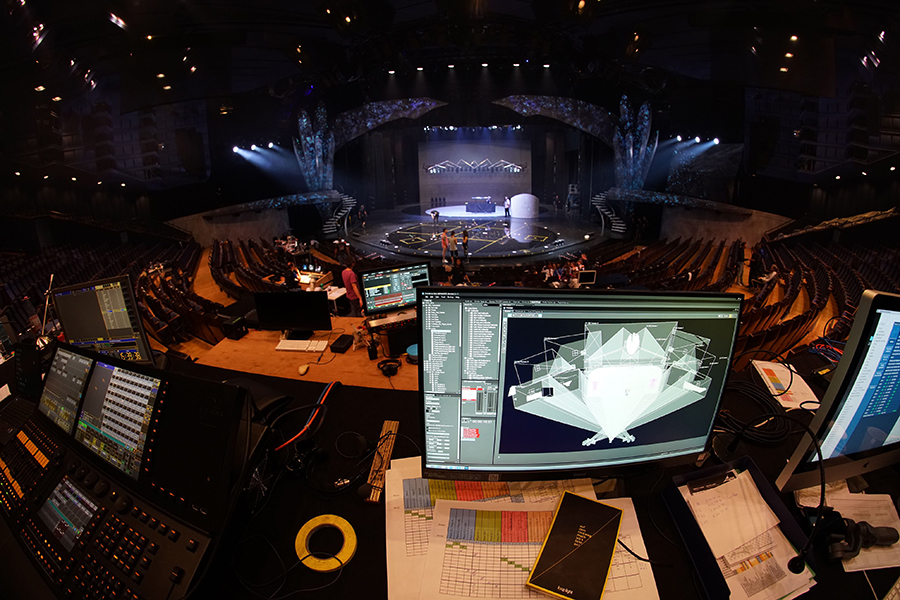 One show highlight is a video projected onto a floor panel, which then stands up at a 30-degree angle. Thanks to the exact measurement in the 3D compositing space and the positioning of the 3D object, it was possible to animate the mapping when lifting and lowering the panel.

In one scene, a "tracking effect" was required on surfaces moved by dancers. The effects were programmed directly onto the timeline - unlike the rest, which where managed via the lighting control board, without an actual tracking system. "Here, too, there was perfect harmony between man and machine, the dancers were simply brilliant," said Flügel.