A Swiss canton presenting itself with this award winning interactive installation.

The Swiss canton Zug presented itself at the 2011 LUGA and MUBA exhibitions in February with an impressive multimedia installation. Visitors encountered two semi-round 180° projection screens with panoramic film content showing the canton’s beautiful scenery. In order to truly attract the visitors’ interest, eight pressure sensors were hidden underneath the floor. Each time a visitor stepped on one of the eight sensor spots, one of the characters projected onto the screen started to talk to them.

The sound was played out through transparent, bell shaped speaker-constructions hanging from the ceiling, that allowed for a maximum of sound quality without distracting the other visitors’ interactive experience in any way. 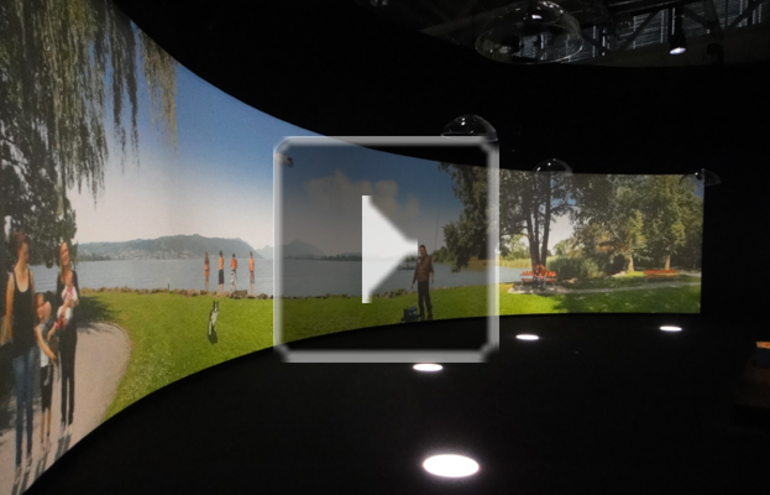 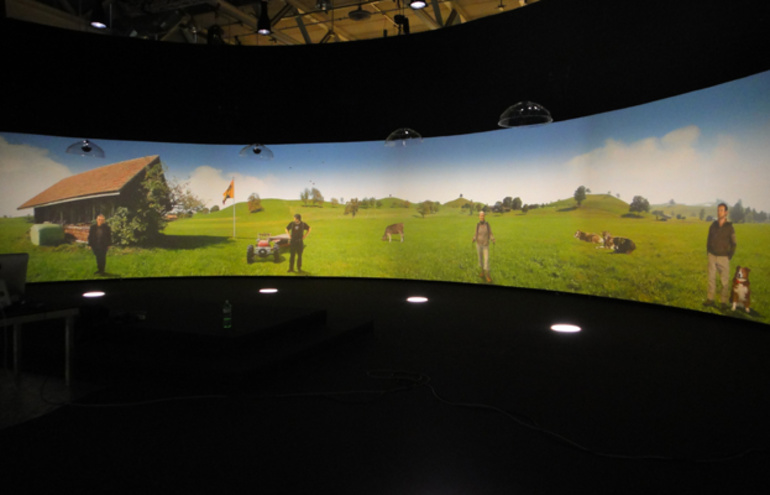 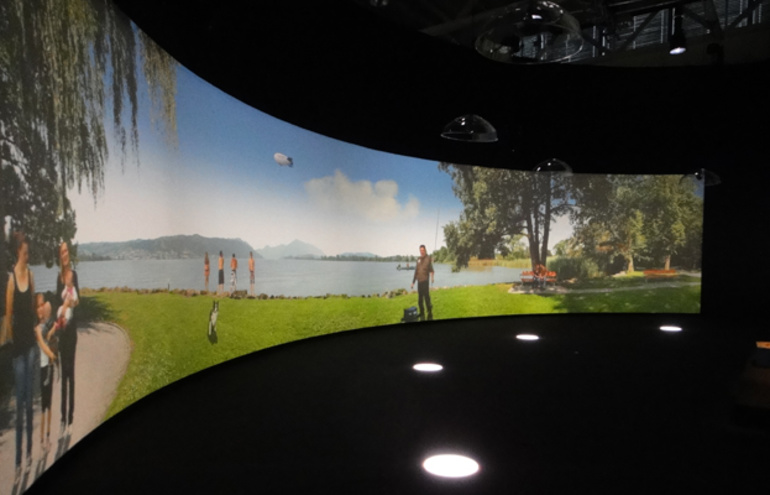 The famous Swiss canton Zug manages to engage audiences through the careful use of truly innovative presentation technology.