Over a dozen Christie Pandoras Box media servers were part of Lufthansa’s 100th anniversary celebration that also introduced a new logo for the airline. Over 3,000 attended the event at Frankfurt Airport and witnessed the famous yellow crane logo change to white with a blue circle around it. Christie Pandoras Box ensured a perfect feed for the projection mapping onto a Boeing 747-800, the first Lufthansa aircraft with the new design.

The show and projected content were designed and produced by Stein Communication GmbH. The entire concept, consisting of the video mapping with corresponding light and sound effects, a 600 square meter (1,969 square feet) LED sky, soundscapes and various interactive elements, made a major impact on the audience.

"The content of the 20-minute video shown on the aircraft was produced completely in 3D. The video installation was designed completely from scratch for the architecture of the airplane hangar and it was certainly a highlight for the guests," explained Matthias Vogel, managing director, Stein Communication GmbH.

For technical support, Stein Communication enlisted Christie partner pixl evolution Ltd., under the supervision of Patrick Verhey, Director of Creative Media. The company was responsible for planning and consulting for the entire 3D workflow, server environment, and mapping. For the content feed, they chose ChristiePandoras Box. 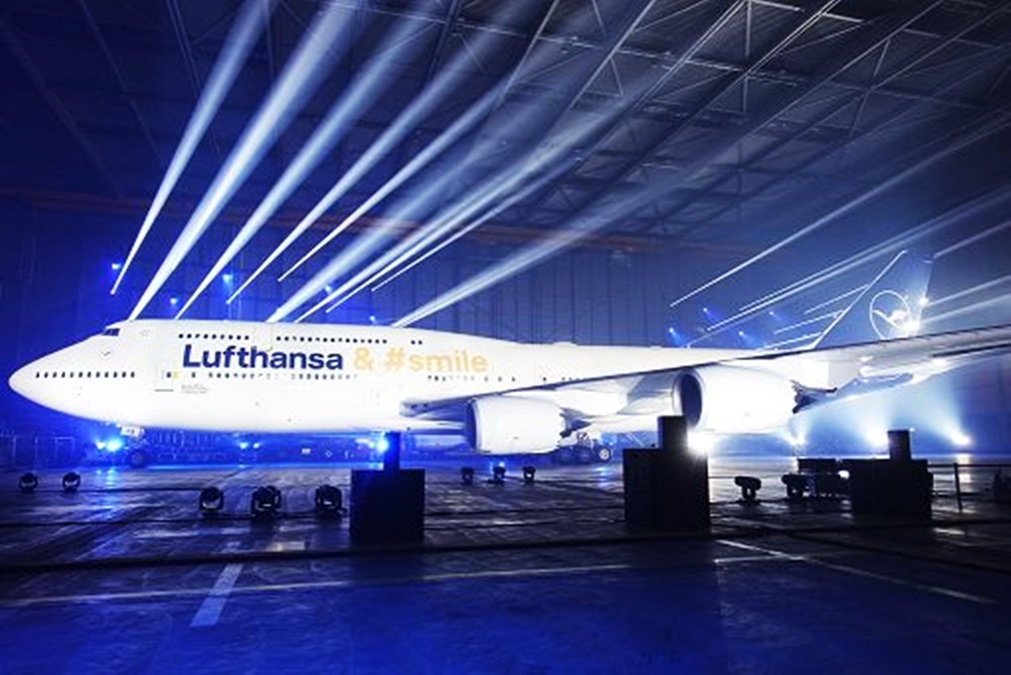 Setup in record time thanks to Christie Pandoras Box V6.1

"The most critical element of this project was the extremely short preparation time," said Verhey. "The Boeing was only on the ground for a short time and had to go back into service directly after the event."

Since the hangar was flooded with light during the day, Verhey and his team had to get the setup for the 3D mapping up and running in less than 10 hours, which was achieved thanks to Pandoras Box 6.1.

"Thanks to the Pandoras Box V6 multi-user setup and new warping workflow, we were able to work on 3D mapping, warping settings and soft edge with three workstations in parallel," Verhey added. “This generated time savings of 50 to 60 percent compared with the previous Pandoras Box workflow. In this version of Pandoras Box, the whole thing is integrated into the user interface and we can cut out several work steps.”

For the warping workflow, a 3D laser measuring device was used to determine the position of the aircraft in relation to the projectors and to measure the opening angle of the projectors. The fine tuning took place with the multi-user session on three laptops, which allowed the employees to move freely in front of the aircraft.

"Two people started in the middle of the plane at the same time and worked their way to the left and right," Verhey explained. “The third person then set up the soft edge areas that had already been warped. The result could be checked immediately with the ready-programmed timeline.”

"Despite the extremely short preparation time in comparison with the scope and size of the technology installed, the event was a complete success – as you could easily tell from the beaming faces of the guests," Vogel concluded.