A great singer and songwriter on tour with LOOP LIGHT and Pandoras Box.

Katie Melua’s performances manage to be both subtle and impressive at the same time. This kind of balance is hard to achieve, especially in venues as big as the German Lanxess Arena in Cologne, which has space for up to 20.000 people.

To illustrate this point, one could look at one of her song performances in particular. At the beginning of “God on drums”, the audience is led to believe that what they are seeing are the real shadows of the bass player and drummer, which then transform into one giant devil like and one god-like shadow respectively that begin to fight against one another.

Pandoras Box Servers were mainly used to feed the 2 projectors in the front truss. Both projectors were overlapping at least 70% . In addition, the alignment was done digitally using the Pandoras Box Warper. This served two important purposes: being quick during setup, as no hardware aligning had to be done, and serving as a backup in case one of the projectors should fail. 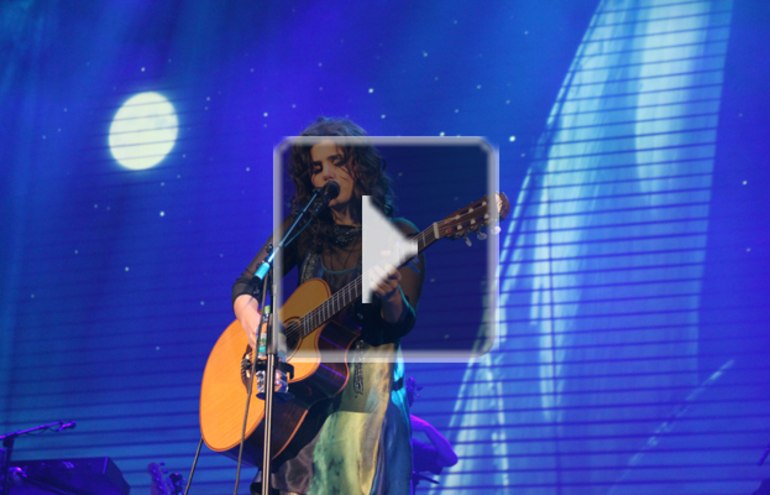 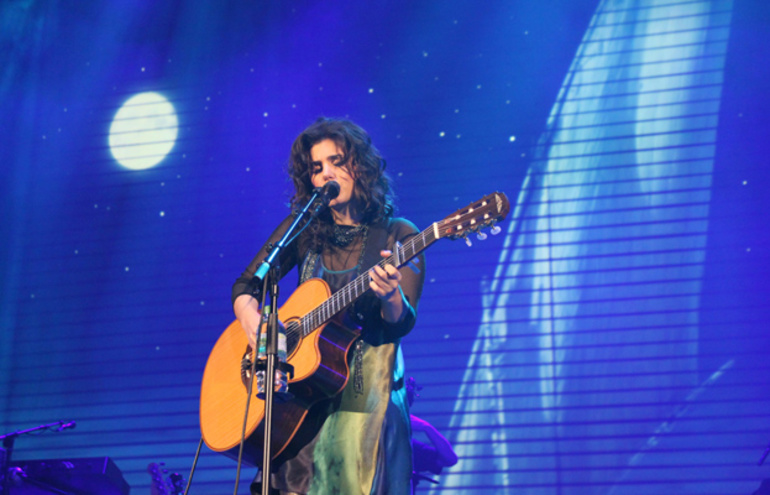 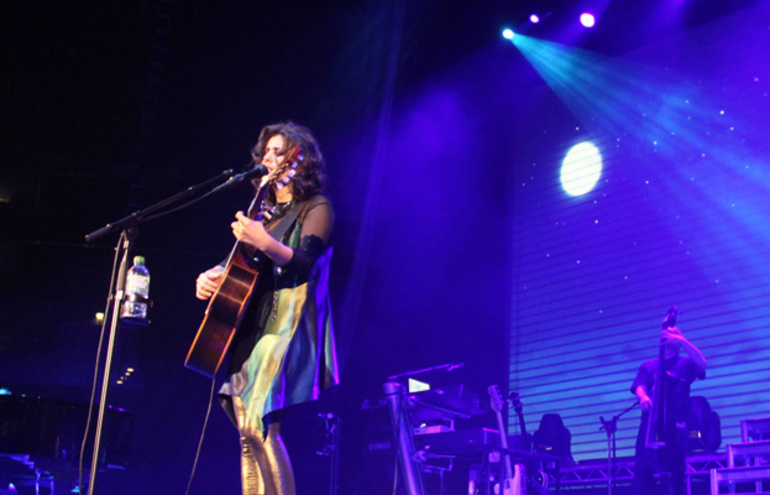 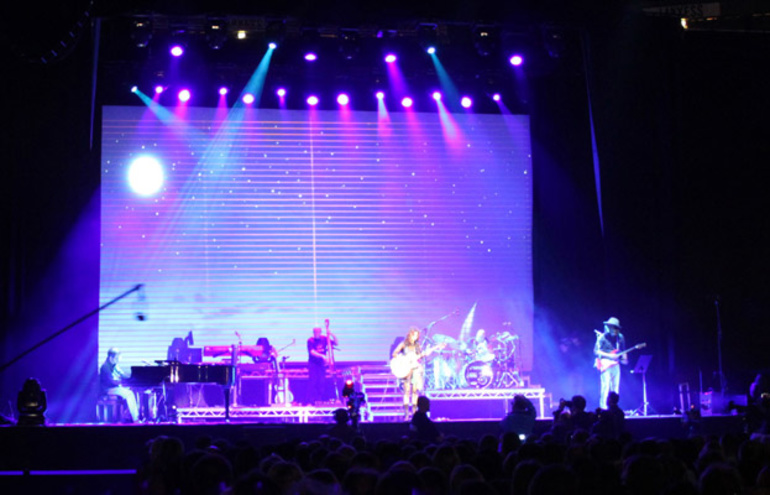 Modern technology allows the flexibility to communicate the notion of great intimacy even in the largest venues.