An international sports event with a spectacular opening show including multiple 360° spherical projections.

The 18th Arabian Gulf Cup 2007 opening ceremony was a night to remember for all people who had the great fortune to attend.

The opening ceremony was held in Abu Dhabi and featured a spectacular show design, highlighted by an inflatable, flying sphere that showed the opening trailer in 360° in full 1080p HD.

The setup allowed the projection of a visually correct image when viewed from all sides of the stadium.

Thanks to the team of Neumann & Müller, the Pandoras Box systems were set up in just two nights to correct all content and time code playbacks. 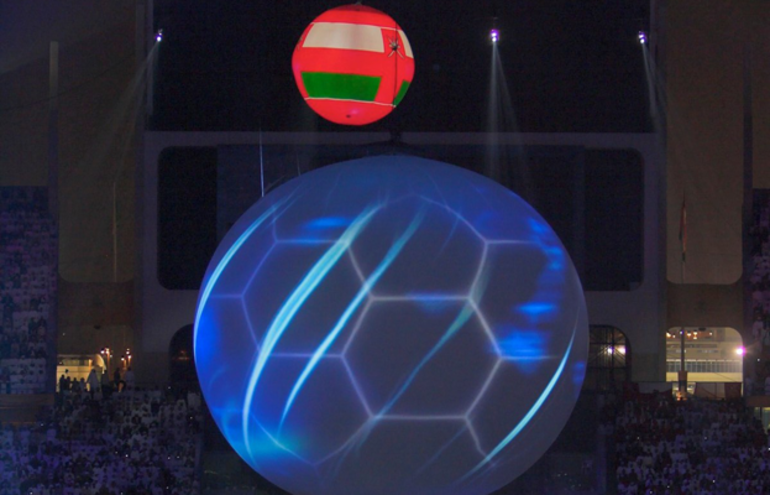 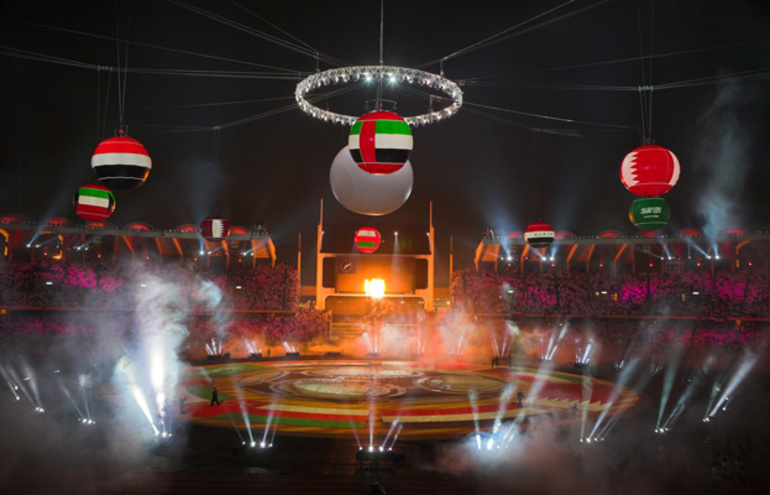 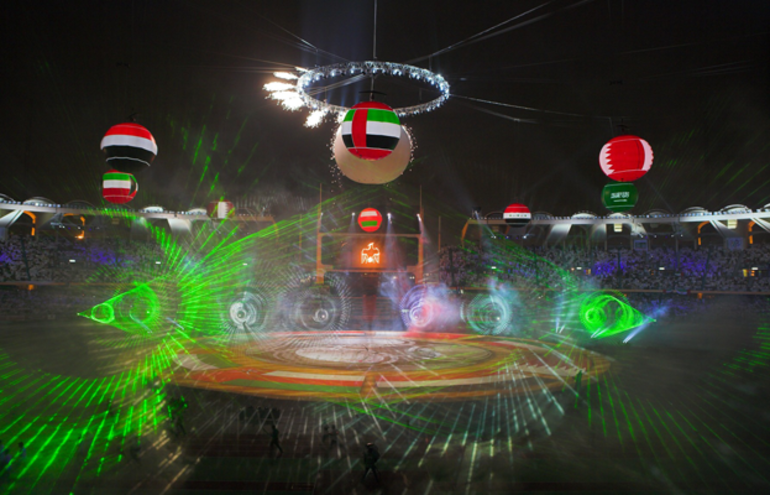