Game of Thrones at the BNP Paribas annual meeting

Using Christie technology, the Portuguese branch of BNP Paribas celebrated another profitable year with a dynamic Game of Thrones projection mapping show that brought the house down. 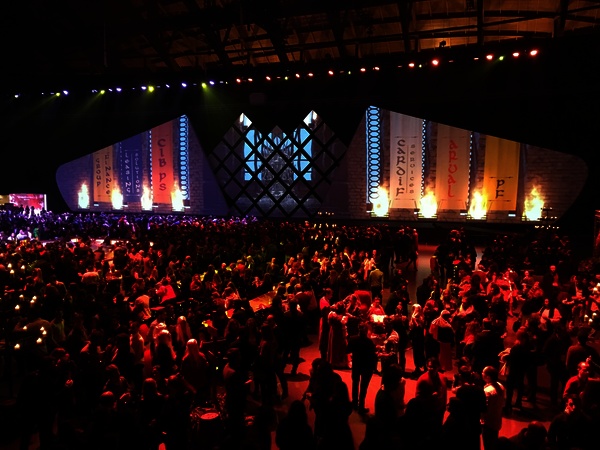 To organize the event, the bank commissioned Europalco, one of Portugal’s leading event and show companies, which, in turn, contacted Grandpa’s Lab, a studio specialized in stage design and the creation of contents for mapping projections. The winning tandem is behind some of Portugal’s most memorable audiovisual events.

“BNP Paribas asked us to come up with a spectacular show for its employees at its annual meeting,” said Pedro de Castro, project manager at Grandpa’s Lab. “They were looking for something really impressive, a setting that would cause a big impact and a highly dynamic emotional curve. As the event was inspired by Game of Thrones, we created a story to lead spectators through this unique visual universe.”

The Pandoras Box system managed the content powered by the projectors and one of the biggest challenges was matching the images precisely on the irregular screen surface– especially central part, which represented the dragon’s torso, being full of uneven scales.

“Adjusting the images to the scales was a real nightmare,” recalled Pedro Magalhães, CEO, Europalco, “but we were able to resolve the problem thanks to the Pandoras Box warp plug-in. The images were projected to perfection, at all times filling the different parts of the screen and maintaining the lighting strictly inside its edges. Pandoras Box is a really easy system to use and, more importantly, it never lets you down,” said Magalhães. “The operation and programming of the whole show was so simple because of the Pandoras Box media servers and Widget Designer.”

Grandpa’s Lab’s Pedro de Castro was also impressed with Widget Designer. “Its mapping tools are excellent. I also like the fact that it allows you to create complex timelines without the need for third-party software, which is a big help when organizing any event, whether the script is simple or highly complex.”

BNP Paribas employees noted the clarity and brightness of the Christie Boxer projectors that played a central role in the production. 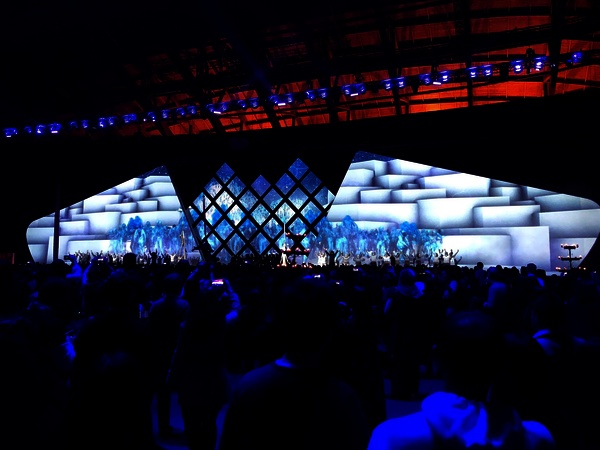 “We were delighted with the performance of the Boxer 4K30 for the event,” said Magalhães. “It is so powerful that at certain moments we had to turn off some of the projectors because we actually had too much light. And there are a lot of other factors too that make it so interesting, like the multi-lamp system, the low power consumption, how easy it is to adjust them, and the built-in warping and blending functions.”