Academy Museum celebrates the art of moviemaking with Christie solutions

Opened on September 30, 2021, the Academy Museum of Motion Pictures is the largest institution in the U.S. devoted to the arts, sciences, and the artists of moviemaking. Located in the heart of Los Angeles on the corner of Wilshire Boulevard and Fairfax Avenue, the Academy Museum is easily identified by the golden cylindrical curved elements of the exterior as well as the eye-catching 45,000 square foot, glass-and-concrete Sphere Building to the north.

With 300,000 square feet, the museum features exhibitions, programs, screenings and collections that advance the understanding, celebration and preservation of cinema across its seven floors, as well as iconic pieces of movie history including a model of the shark from Jaws, original pieces from 2001: A Space Odyssey, and The Dude’s bathrobe from The Big Lebowski. The museum includes an education studio and special event spaces, Fanny’s Restaurant and Café and five floors of exhibition spaces.

Christie® is supporting the Academy Museum with projection and display technology, and Christie Professional Services has been engaged to maintain the Christie AV solutions throughout the museum.

The inaugural temporary exhibition, Hayao Miyazaki, which ran from September 30, 2021, to June 5, 2022, was a retrospective of the legendary filmmaker and the first of its kind in North America. Located in the Marilyn and Jeffrey Katzenberg gallery, the exhibit featured more than 300 objects, including storyboards, posters and character designs throughout the seven sections of the retrospective. To augment the exhibition, two Christie DHD1075-GS 1DLP® projectors with ultra-short throw lenses and Christie Pandoras Box® Compact Players were used for the Sky View installation. 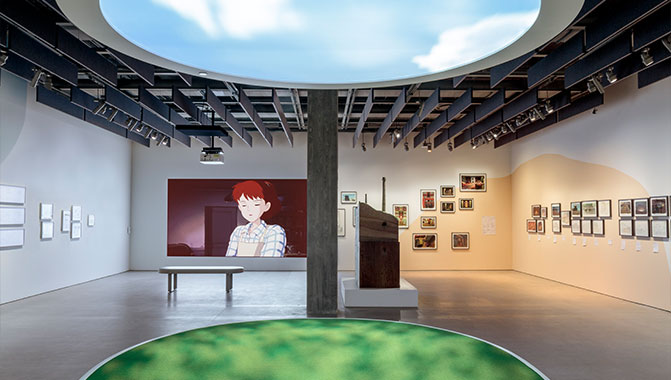 Says Senior Manager, Exhibition A/V, Academy Museum, Christopher Richmond, “Christie was integral for the Sky View installation in Hayao Miyazaki. The projectors were mounted vertically from the ceiling in a compact space to create a round projection 11-feet in diameter suspended over visitors’ heads. With Christie’s Pandoras Box Compact Player we mapped the circular screen to recreate an animated cloud scape just like a viewer might find in a Miyazaki film.” The Pandoras Box Compact Player is a hardware-based media player that is small but outsized in performance, reliability and power. Featuring up to two 4K outputs, the Compact Player is robust and designed for 24/7 operation.

Says Richmond, “The museum decided on GS Series projectors because we needed long-life laser projectors with good color reproduction and a bright lumen count to compete with ambient lighting conditions in the galleries. The small form factor of the GS Series projectors also met the museum’s need to have projectors that could fit a variety of installation conditions.”

Following the Hayao Miyazaki exhibition is Regeneration: Black Cinema 1898 – 1971. Regeneration opened on August 21, 2022, and runs until April 9, 2023, and is an in-depth look at Black participation in American filmmaking. Regeneration highlights the work of independent African American filmmakers and creates dialogues with visual artists. The goal is to expand public understanding of US film history by elevating this underrepresented aspect of artistic production and presenting a more inclusive story and features rarely seen excerpts of films restored by the Academy Film Archive, as well as newsreels, home movies, photographs, and scripts. 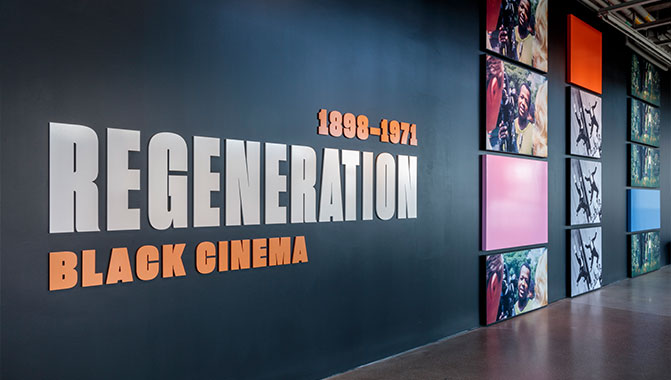 Service and support for the Academy Museum

In addition to Christie technology, Christie Professional Services has been engaged to proactively maintain the AV solutions throughout the Academy Museum with 24/7 technical support and onsite field service. Professional Services is a trusted service provider, supporting integrators and their end-users globally with tailored service solutions for cinema, giant screens and planetariums, theme parks and attractions, museums, science centers and government applications.

“We work closely with Christie to maintain the AV technology we have at the museum,” says Richmond.  “Having the support of Professional Services is invaluable to our team.  We want to provide the best possible experience to our guests, and that includes ensuring our technology is up and running day in and day out.”

“We’re thrilled to provide our services to the Academy Museum to support and maintain the Christie technology on-site,” says Josh Kolbeck, senior director, Global Solutions Fulfillment, Christie. “Christie Professional Services is one of the industry’s most trusted resources to provide services including complete system support, on-site services and remote monitoring.” 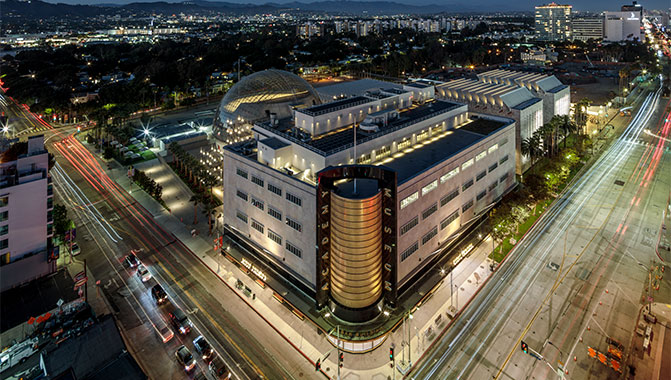 With exhibitions including Stories of Cinema and Hayao Miyazaki, film series and educational programs, the Academy Museum is the preeminent institution about the world of cinema.

“As a company with deep roots in cinema– from 35mm film and digital cinema projectors to our new RGB pure laser projector platforms, as well as two Academy Awards for Technical Achievement – Christie’s history is well intertwined with Hollywood. That’s why we’re thrilled to support the Academy Museum with Christie technology and services to help tell the story of moviemaking,” says Steve Capling, director, Enterprise Marketing, Christie.

“Side by side with original drawings and storyboards, Christie projectors brought Hayao Miyazaki’s films to life in our galleries. The Academy Museum is so grateful to Christie for its generous support of this highly acclaimed debut exhibition,” says Matthew Youngner, Vice President, Advancement, Academy Museum.