One of the most fascinating aspects of television productions, in particular game shows, is the striking visuals that add value to the viewing experience and making the overall gameplay more exciting for both the contestants and audiences.

Technical Direction Company (TDC), a leading supplier of video technology and production for the events and entertainment industry in Australia, specializes in the creation of jaw-dropping moments that push the boundaries of entertainment production. The Sydney-based company constantly explores and invests in state-of-the-art technologies and solutions to provide the best outcomes for clients.

Among them are Christie Pandoras Box and Widget Designer, which are frequently used to deliver automated systems and game show engines for local TV productions. These include Family Feud, The Weakest Link, Name That Tune and many more popular programs watched by millions across the country. 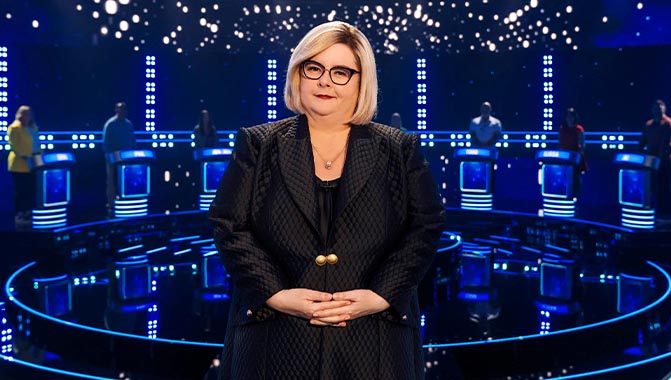 “We have developed a great relationship with many of Australia’s leading TV production companies over the decades, and we’re glad to be an experienced and trusted provider of gaming automation solutions,” says Drew Ferors, Technical Services and New Media Manager at TDC. “Family Feud has a unique gaming play board, and it requires individual layers with a mixture of alpha and RGB elements to reveal the gameplay words and scoring throughout the show creatively.”

The Weakest Link, one of the most iconic early-noughties game shows that made its Australian comeback in May 2021 after a 19-year hiatus, requires several button inputs and outputs. Ferors explains, “We used Pandoras Box Version 8 and Widget Designer to display an animated money ladder and lower third of every question that was sent to the broadcast. We also relied on Widget Designer to calculate the weakest and strongest link throughout the show by comparing the result of every question played throughout the episode.”

As for Name that Tune, a reboot of the classic game show filmed in Sydney for Fox TV, it requires several constantly evolving games that are involved, such as “first in best dressed” button gameplay, podium scoring, animated spin wheels and lower third animated game displays. 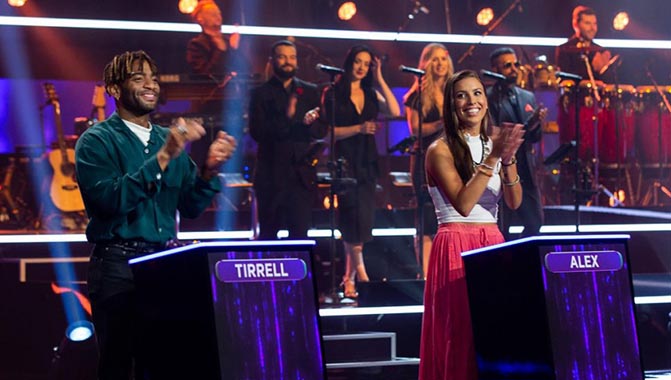 The award-winning Christie Pandoras Box, which comprises powerful and versatile media and show control systems, and Widget Designer – an advanced control surface creation framework for customized show control – are the perfect fit for these shows with their rich features for visual node-based programming.

“Pandoras Box and Widget Designer are a robust and flexible solution in a TV show environment. Additionally, their adaptability to changing show requirements is a plus and we are able to make customizations very quickly to suit production needs,” says Ferors. 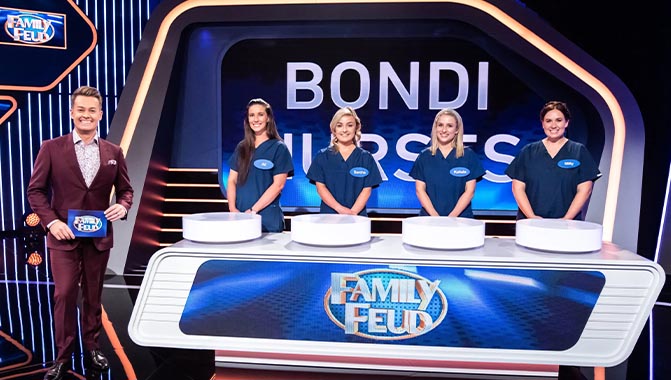 Besides creating great solutions in TV gaming environments, TDC prides itself as a company that forges and maintains strong ties with various stakeholders. “What really matters to us are the relationships we develop with our clients and partners, centered around our strong team values for excellence,” says Ferors. “We have been fortunate to work closely with them to provide complex yet robust solutions that can be turned around in a relatively short timeframe.”

For instance, the gaming system for Name that Tune, driven by the Widget Designer, was able to calculate the current state of the show instantly after every question. This enabled the production team to deploy fewer staff to count and compare manually. This, in turn, saved the whole shoot nearly two hours a day. Even though Name that Tune had over 11 games, several of them could be turned around in under a day.

On the challenges faced on-site, Ferors singled out the animated money tree shown on the left side of the screen in The Weakest Link. “We encountered an issue whereby a cut-and-fill line (alpha and RGB fill channels) could be easily sent out. We overcame this by pre-rendering the video side-by-side onto one canvas, so that the cut-and-fill channels were always in perfect sync.”

The performance and results of the Pandoras Box and Widget Designer have been outstanding. The TDC team, a longstanding user and developer of the aforementioned solutions, has received a lot of positive feedback from clients about the speed and ease of adapting to the changing flow of the shows.

“I’m delighted with the outcomes that we have achieved with Pandoras Box and Widget Designer. From managing the team to executing shows and personally conducting staff training, I find these to be great products that empower users to deliver projects confidently, standardize work processes and work as a team to support each other,” says Ferors.

Another significant advantage is the rapid turnaround time to go from brief, design, to a game show, with large game button, scoring with sound and lighting effects, as compared to other programming languages and environments. Ever ready to deliver a better show for its clients, Ferors says his team is now involved in the production process much earlier on, which allows them to work more closely with clients in terms of engagement and show development. 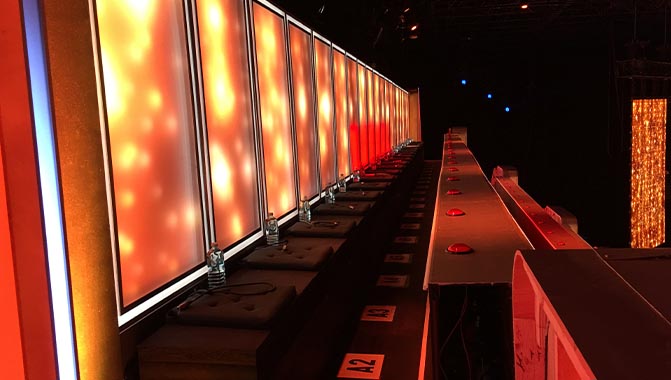 “We have created many innovative solutions with Widget Designer and being able to have such high levels of flexibility and creativity is very exciting for our technicians. I’m very thankful that we are at the forefront to provide these solutions and training for our technicians, or to anyone in the industry seeking challenging and rewarding projects in the workplace.”

Greg Spence, senior business development manager for Australia and New Zealand, Enterprise, Christie, comments, “TDC has done an amazing job with our Pandoras Box and Widget Designer over the years to deliver top notch television productions that have delighted audiences across Australia. From project conception to realization, the Christie Pandoras Box family of products offers users complete control over the entire workflow, maximizing efficiency while opening up a world of creative possibilities.”